September 05, 2016
Hello, my lovely readers; I hope you have all had a lovely weekend. I can not believe we are now in September, this year has been going so fast. August was a very up and down month for me due to many different personal circumstances. One of the highs of August was seeing the Suicide Squad movie, I am a huge comic book fan and I have loved the Batman universe since playing the Arkham gaming series. Harley Quinn is my all time favourite character from the DC universe along with the Joker. So to see them in a movie was a dream come true. So for today's post I have four polishes from Polish Me Royalty inspired by the Suicide Squad movie. This is another UK indie brand who came out with a set of polishes based on the Suicide Squad. So let's jump in! 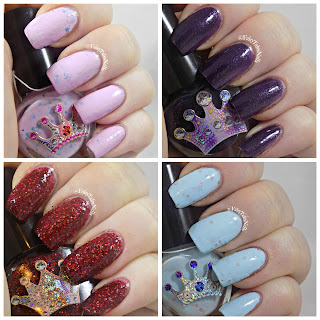 This collection is called The Worst Heroes Ever and there is a polish for each member of the Suicide Squad and of course the Joker. Each polish is very different and the perfect representation of each of the characters in the movie and comic book. 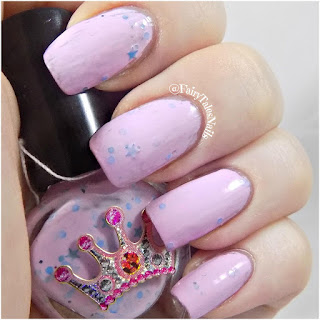 First up is Cute But Psycho, this is a polish for the character Harley Quinn. It is a baby pink crelly with blue stars and little hex glitters. 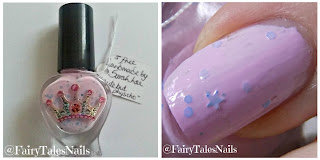 This took 2 coats to become fully opaque, the formula was easy to work with and it did go on smoothly. There is plenty of glitters suspended in the crelly base so you get a good amount on each nail. The pink colour works really well for Harley's character as in the movie her hair is pink and blue at the tips. 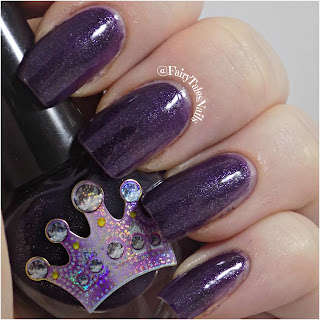 The second polish I picked up is representing the Joker, this is called Mistah J this is Harley's nickname for the Joker as well as Puddin'. This has a purple jelly base with lots of silver and gold shimmer, the shimmer transfers beautifully to the nail. 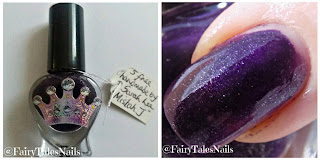 Mistah J takes 2-3 coats to be fully opaque if you're doing thin coats I would say it would need 3. The formula was really easy to work with and it levelled out nicely when applied. The purple colour is perfect, as the Joker is famous for wearing his purple suit in most comic books, games and movies. 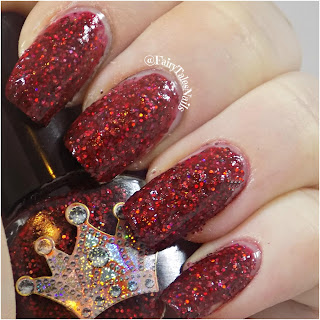 The third polish I have is called Neva Miss, this is for the character of Deadshot who is an assassin for hire. This has a dark red jelly base jam packed with red glitter, this polish does dry to a textured finish so you will need two thick layers of top coat to smooth it out. 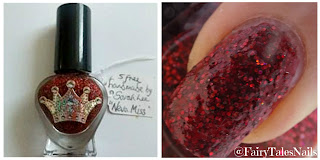 Neva Miss takes 3 coats to be fully opaque and not have any bold spots across the nail, the formula was easy to work with and did build up well. As with all glitter polishes you will need to put some extra effort into removing the polish. This is a good colour for the character of Deadshot as most of his uniform has this sort of red colour and the special eye technology he uses when he is aiming at a target is also red in colour. 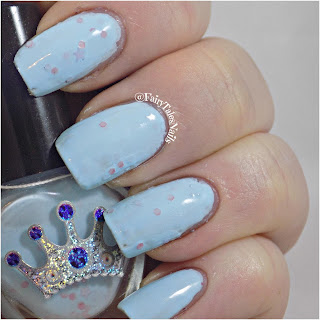 The last polish I choose was the second crelly polish representing Harley Quinn, this time it has a baby blue crelly base with pink stars and hex glitters. This polish is called Daddy's Lil Monster, which is what is written on Harley Quinn's Jacket along with property of the Joker. 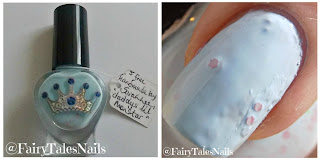 Daddy's Lil Monster was a bit of a tricky polish for me, it did take 3 coats to be fully opaque and I struggled with getting it to level out without streaks. The glitters were a lot more sparse in this polish than in the other crelly.

Overall I really liked this collection, each polish is a great representation of each of the characters in Suicide Squad. The formula was easy to work with on the majority of the polishes and they built up well on the nail. None of these polishes stained my nails or cuticles, you will have to spend more time removing Neva Miss but that is the same with most glitter polishes.

Polish Me Royalty is a UK indie brand run by Sarah Lee, all of the polishes are 5 free and cruelty-free. She sells some very unique polishes on her Etsy store in lots of different finishes, you can pick polishes up in mini sizes for £3.50 (6ml) and full size which is £5.50 (10ml). The polishes I purchased, this time were mini's, it was £1.20 for shipping and I received my package 3 days later. Everything was packed really well and plenty of bubble wrap so no chance of breakages. I think she can also deliver to other parts of the world but you would have to PM her to find out shipping costs. I will leave a link to her Etsy shop below as well as all of her social media.

I would love to know your thoughts on these polishes? Also if you watched Suicide Squad let me know if you loved it like I did, it has very mixed reviews so I would love to know what my readers think about the movie. As always my lovelies have a fabulous nail day and I will chat to you all again soon.

Popular posts from this blog 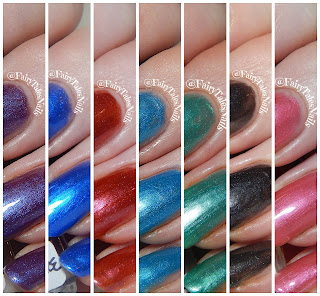 Hello, my lovely readers, I hope you all have had a really lovely weekend. I am happy to say my search for warm Christmas jumper's went well, and I have plenty to keep me going throughout the next few wintry months. As you probably know 3 days ago was black Friday and let's just say I have plenty of nail mail on its way to me. Speaking of nail mail, I recently purchased a swatch box from Vegan Beauty Cosmetics a brand new UK indie brand on the block. So let's take a closer look at the seven polishes she sent me (warning this post is quite picture heavy.)
Read more 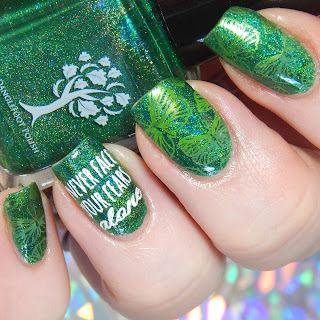 Hello, lovely people, we are at the start of another week and that means most of you are probably feeling those Monday blues. When Lexi woke me up at half 7 this morning, I know I definitely felt that Monday Morning feeling. Today's post is going to be about an upcoming nail event taking place in London in April. So let's get started!
Read more 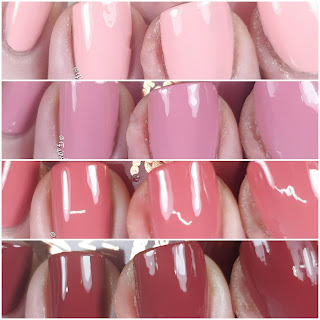 Happy Tuesday my lovely fairies; I hope you are all having a good week and staying safe. As we have Valentines Day coming up I thought I would share these pretty rose tinted Barry M's with you that were released a little while ago. Read on to find out more...
Read more